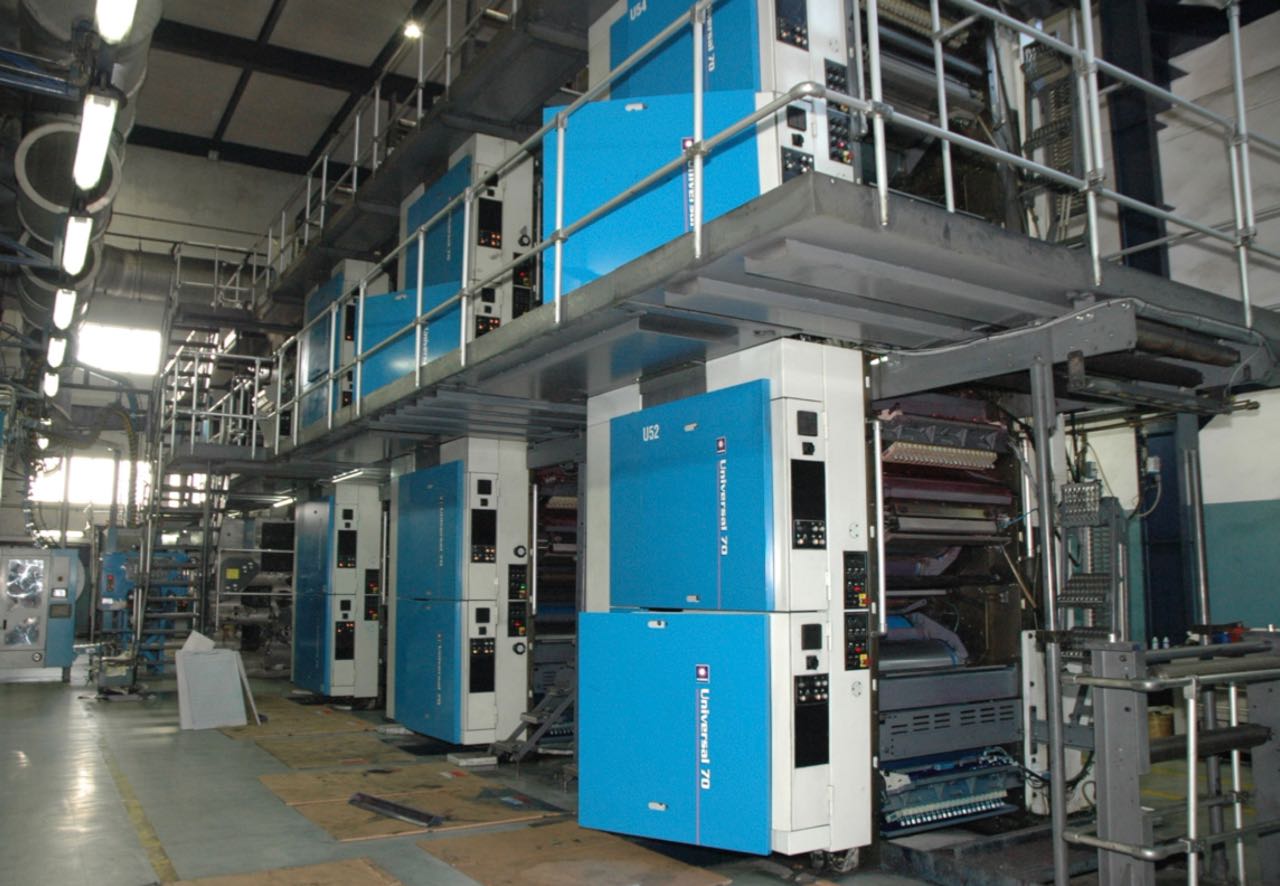 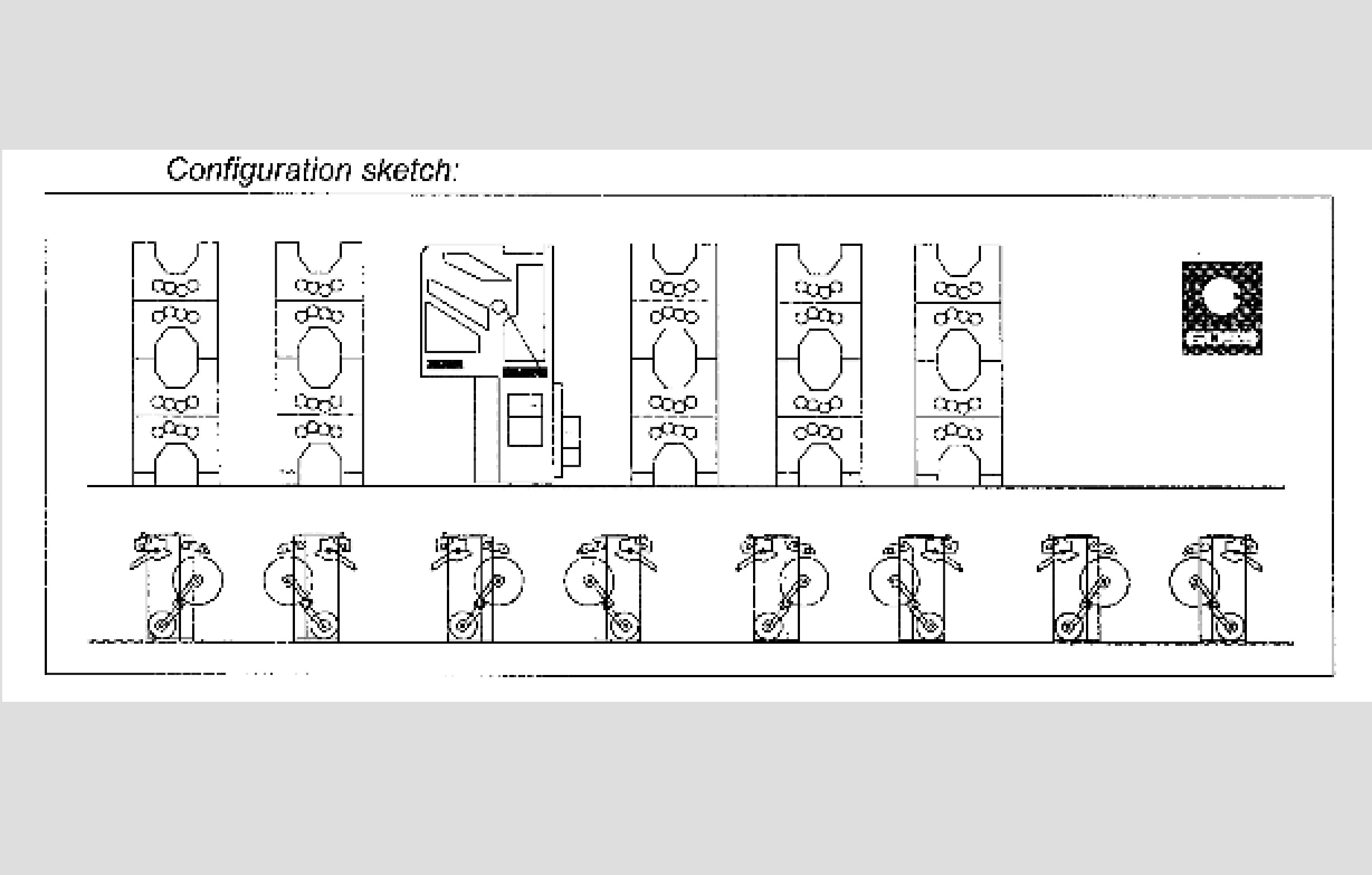 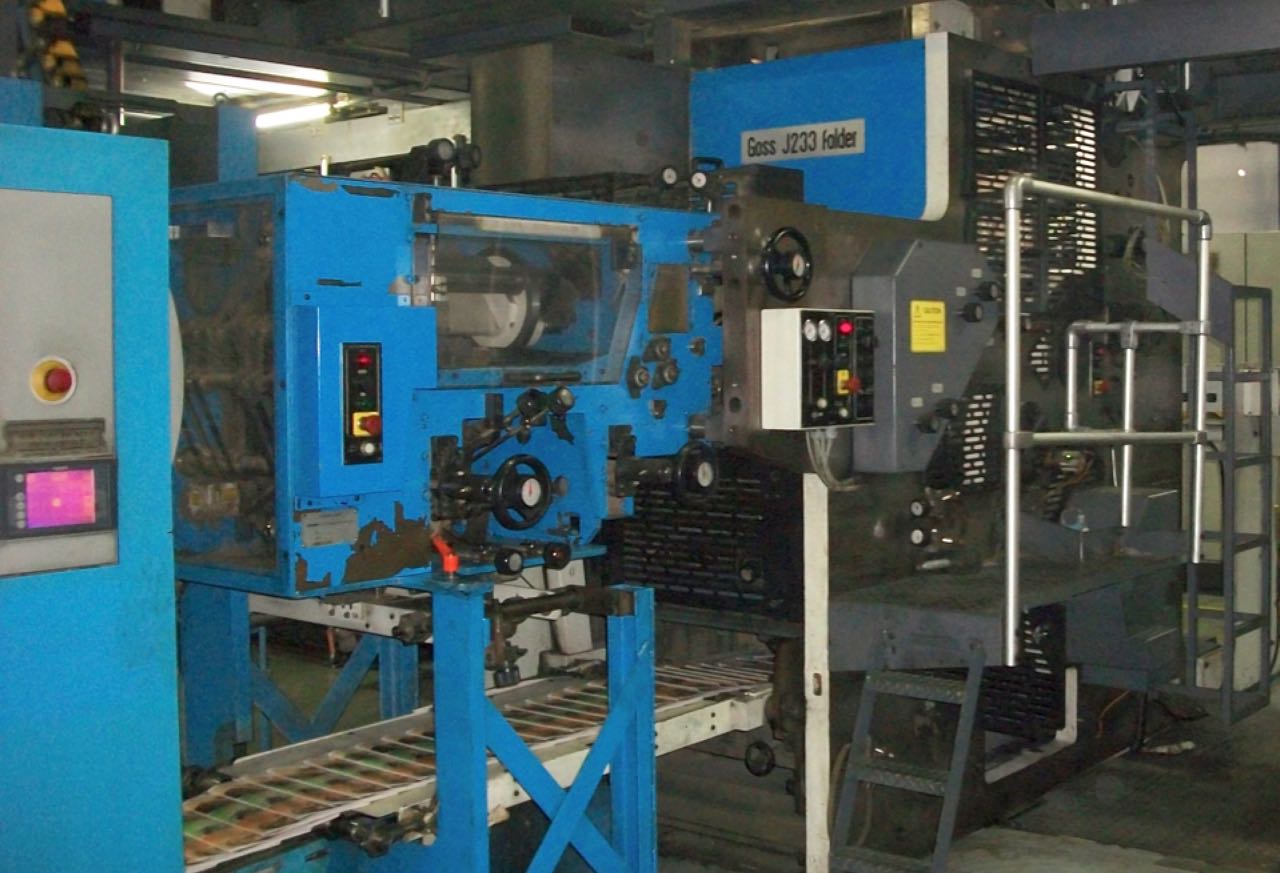 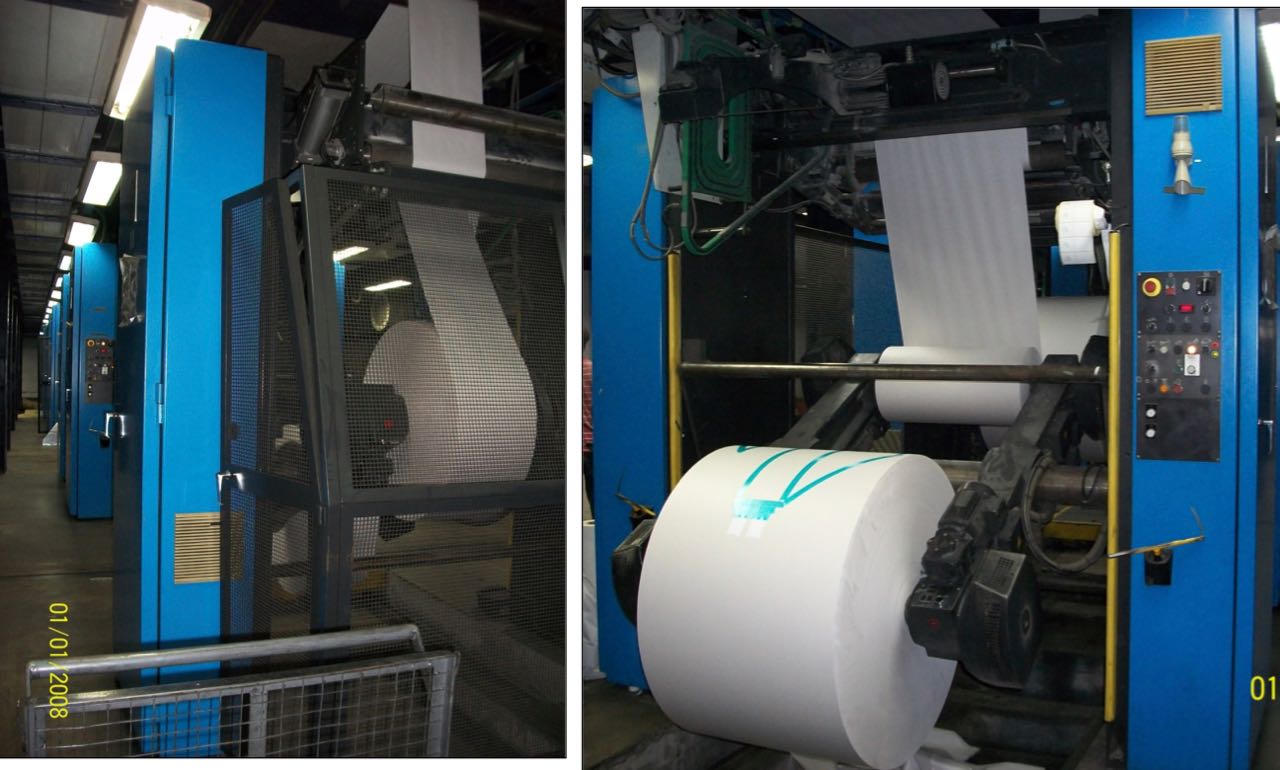 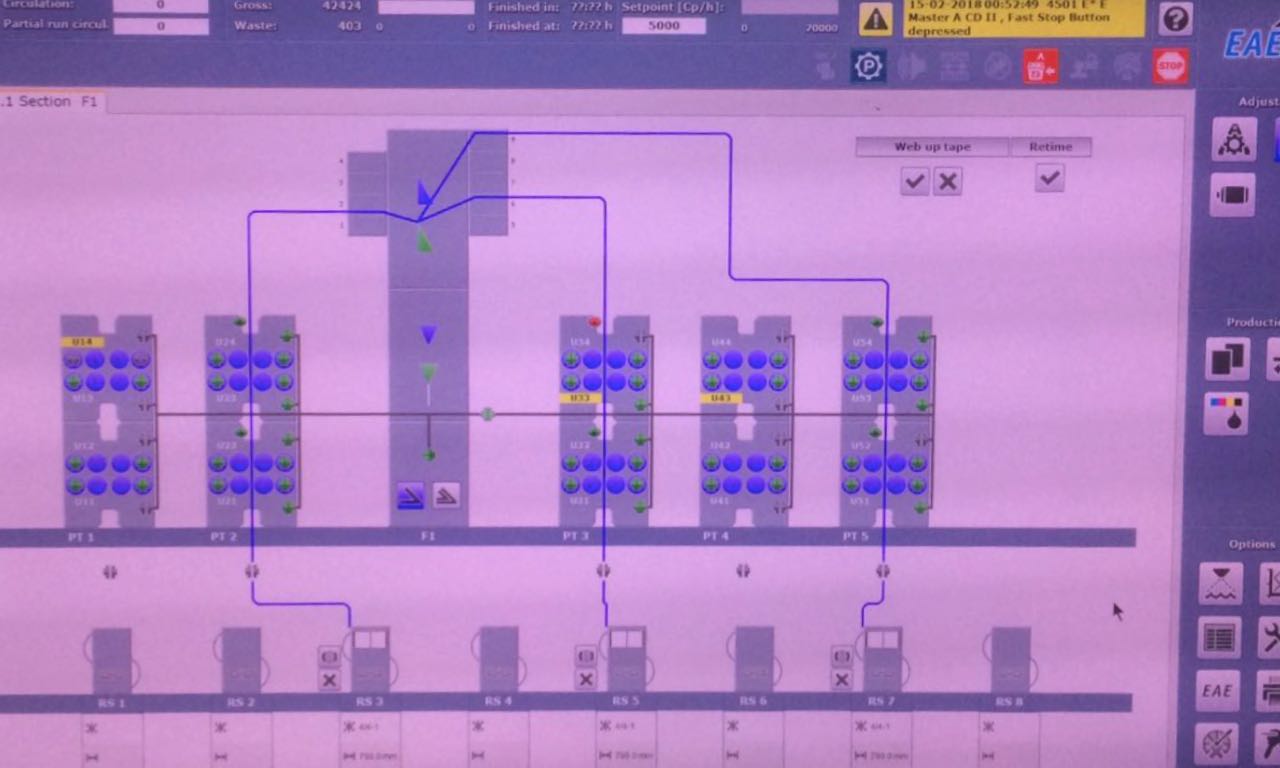 ONE    (1) Goss 2:3:3 folder with upper former and quarter fold attachment

EPC P1 was upgraded to latest version EPC C08 by Goss in the year 2010. This gives total flexibility between Press, Quality & Drive.

Migration of Control console software from operating system OS/2 to Windows 7 in the year 2015.

N.B. these recent upgrades have been a major financial investment in this Goss Universal 70 to ensure continued operation well into the future.

At an additional cost there is available a 2002/3 Ferag mailroom system designed accommodate output from the Goss Universal 70, if required.

Background to the owner’s valuation is as follows:

·        Estimated approximately 20,000 operating hours since installation as new – as mentioned above

·        Several hundreds of thousands of Euros investment in upgrades to EAE press control systems in 2015.